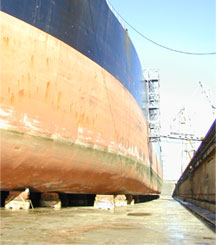 Dr. Phil Anderson is the founder of ConsultISM Ltd. and principal consultant and Expert Witness. He brings nearly 50 years’ experience of working in the maritime industry including seagoing on a wide variety of vessel types and sizes, 25 years working in P&I Clubs and the marine insurance sector, 12 years as a marine consultant – as well as a number of part time Academic appointments at Maritime Universities around the world. His specialisation is accident and incident causation and the management of safety and operational risk.

1980 – 2005 – P&I Club / Liability Insurance – initially handling claims but then pioneering the development and concept of accident and loss prevention in the marine insurance industry.

During his career he was also actively involved in a number of other maritime related activities:

Dr. Anderson has authored or co-authored numerous books and articles on maritime safety and operational risk management related issues. Some of the more significant publications are listed below:

“The Mariners Role in Collecting Evidence – In light of ISM” (2006)

‘Cracking the Code’ – published by the Nautical Institute 2003.

“The Human Element in Claims – What Role for the P&I Clubs?”

“Accident and Loss Prevention at Sea”

©2022 ConsultISM. All rights reserved.
Site by RE Media